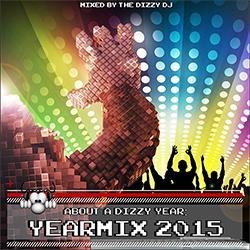 For the selection of these tracks I used The Dutch Dance List again.
I spent over 95 hours for mixing and several hours for preperation and mastering.
The mix contains 82 tracks and the total playing time is 62 minutes.

I dedicate this mix to my sons Falco & Lindo.

The Video is made by kozmikdj.

The Dizzy DJ - about a dizzy year: YEARMIX 2015 by The Dizzy Dj on Mixcloud

The best dancetracks of 2015 mixed in a one hour mix. Now online!